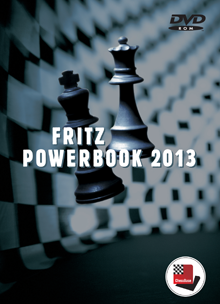 The current openings theory with 1,5 million games. The Fritz Powerbook 2013 contains 21 millions opening positions, derived from 1,5 million high class tournament games. Together with each position all relevant information is stored: all moves that were played in the position, by players of what average rating, with what success and performance results. The games from which the Fritz Powerbook 2013 were derived are also included on the DVD. This means that in any position of the openings tree you can load and replay the games in which the position occurred. The Fritz Powerbook 2013 represents the state of the art of current openings theory. Discover exciting and tricky new lines and practice them against Fritz. In addition the DVD has a small but very exclusive book with the strongest GM games (ELO >= 2550) from the past 100 years (2 Mio positions).