is one of the most talented home-bred players in the US. Dr. Kopec was New York High School Champion at 14, National Master at 17, Scottish Champion in 1980, 2nd-equal in the Canadian Closed in 1984, and International Master in 1985. When he was 15 he invented what has become an internationally recognized anti-Sicilian System known as The Kopec System.

As an active player he has been 1st or 2nd in over 30 tournaments. He Is a journalist, writer, chess educator and scholar. His competitive results with top-flight chess professionals have always been remarkable. He has also delivered many chess courses, lectures, and has published seven highly recognized chess books. He has also developed eight instructional videos totaling 18.5 hours. Some of his most popular books include the Chess World Title Contenders and Their Styles (with Craig Pritchett, , 2001), Mastering Chess: a course in 21 lessons (with GM Davies, , Morrison, Mullen, , 2003), Mastering the Sicilian (Batsford/Chrysalis, 2001), and Test, Evaluate, and Improve Your Chess: a knowledge-based approach (with Hal Terrie, USCF Publications, 2003). Most recently (October, 2009) the book Champions of the New Millennium  (with GM's Lubomir Ftacnik and Walter Browne, 456 pages, Quality Chess Books) has received high acclaim.

Over the past 16 years Kopec’s Chess Camp, has become world reknowned. His principal instructors the past few years are co-authors Walter Browne, and Lubomir Ftacnik, as well Hal Terrie.

Dr. Kopec is Professor of Computer Science at in with research in artificial intelligence, software methodology, and computer science education. He has tested chessplayers all over the world on the chess knowledge, abilities and deficiencies.  He has published over 80 academic papers and is currently working on an Artificial Intelligence textbook. 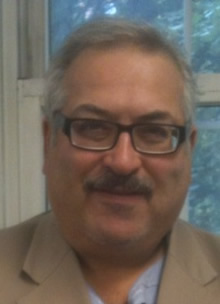