born in 1981, has continuously improved his playing strength and reached with 2674 his highest Elo rating so far. In 2008 he was a member of the Israeli team at the chess Olympiad in Dresden. Postny has worked as an author for ChessBase since CBM 81 (2001) and has produced articles on an extensive range of openings. The Israeli chess professional lives in Haifa, but travels frequently to take part in chess tournaments. 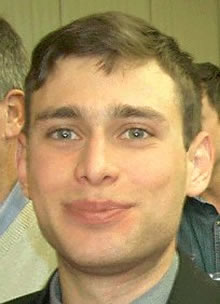