born in 1969 in Erfurt, is an international grandmaster. He has won the German championship on three occasions and gained a silver medal with the German national team at the chess Olympiad of 2000. For more than 20 years he has played the French Defence and has had numerous successes with it - as an 1.e4 player that means with both colours. 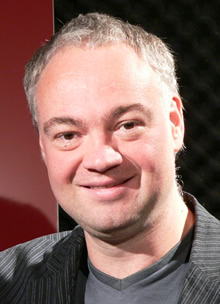