was born in Ufa (Soviet Union) 1972  and in 1992 moved to Israel, where he scored his first great successes. He later settled in Switzerland. Milov is an excellent player of rapid chess and was even able to defeat Viswanathan Anand in the final of the Corsican Masters. The strong grandmaster, who crossed the 2700 Elo barrier in 2008, has played very little chess since then. Milov is agreed to be one of the greatest experts in the Nimzo Indian with 4.f3 or 4.a3. 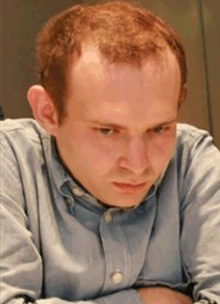