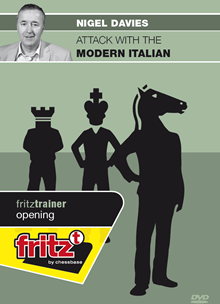 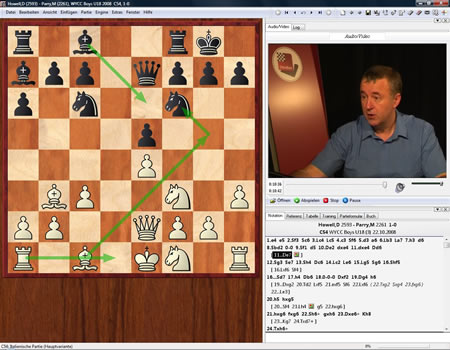 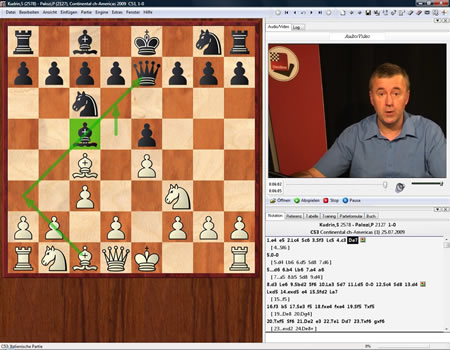 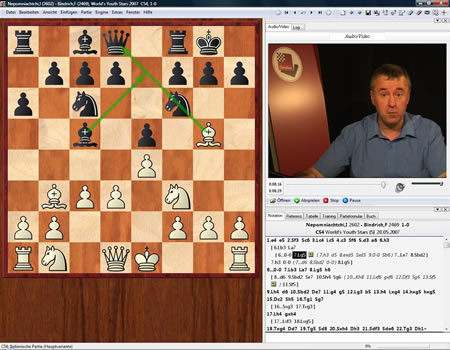 The Bishop's Opening and The Italian Game
Studying the content of this DVD and adding these openings to your repertoire will provide players with a very strong tool to fight 1...e5 - as the practice of the author clearly demonstrates.
€29.90

Navigating the Ruy Lopez Vol.1
The Ruy Lopez is one of the oldest openings which continues to enjoy high popularity from club level to the absolute world top. In this video series, American super GM Fabiano Caruana, talking to IM Oliver Reeh, presents a complete repertoire for White.
€29.90

Fundamentals of Chess Openings
Starting out in chess is difficult, and this DVD aims to reduce that stress. Designed for beginner levels in openings, a brief introduction to the reasons we play some of the most common moves in popular openings like the Spanish and Sicilian is given.
€29.90

The 4...Nf6 Caro-Kann
On this DVD Nigel Davies examines both the Bronstein-Larsen (5.Nxf6+ gxf6) and the Tartakower (5.Nxf6+ exf6) systems and shows how the doubled f-pawn, common to both lines gives Black a range of aggressive plans and ideas.
€29.90

The Accelerated London with 2.Bf4
On this DVD Nigel Davies explores these fascinating plans which give the London System a lot of bite and offer scope for creativity.
€29.90

Original and aggressive: 1...b6 for practical players
Spruce up your opening repertoire with an early …b6! Let GM Nigel Davies show you how to transpose into the lines of your choice and how to through your opponent out of his opening book right away!
€29.90

Play the Exchange Variation against the Caro-Kann
€9.90