born on the 13th April 1963, was the 13th world champion in the history of chess (according to the FIDE version from 1985-1993 whereas it was generally acknowledged that he was such till 2000). From 1.1.1984 till his retiral (2005) Kasparov was almost uninterruptedly the number one in the world ranking list and even his rivals would describe him as the player with the most universal understanding of chess of all time. With his dynamic style, Kasparov had an epoch-making influence on the development of tournament chess at the end of the 20th century. After the early death of his father (who was of German descent) Kasparov's Armenian mother Klara had the family name Weinstein changed to the Russified form of her maiden name. Kasparov followed the typical route for talented young Soviet players through the famous Botvinnik school and lived until 1990 in the Azerbaijani city where he was born, Baku. When things became too dangerous for him there because of political unrest, he moved in 1990 to Moscow and took Russian nationality.
The basis of Kasparov's exceptional position in chess was extraordinary talent combined with hard work, enormous will-power and a boundless memory. He himself once characterised his style as "a combination of Alekhine, Tal and Fischer". Equipped with wide and extremely deeply thought-out opening repertoire, extraordinary intuition and just as extraordinary a gift for combinations the young Kasparov strode from victory to victory and qualified in 1984 as the challenger for the final of the WCh against Anatoly Karpov. The match was abandoned after 48 games, and Kasparov won the re-run of the match (now limited to 24 games) by 13:11. He defended his title in three further very close matches against Karpov, twice by 12.5:11.5 (1986 and 1990), once 12:12 (1987). In 1992 the charismatic champion quit the world chess federation FIDE, founded his own federation, the Professional Chess Association (PCA), and twice defended his title in majestic fashion (in 1993 against Nigel Short and in 1995 against Viswanathan Anand). After the dissolution of the PCA the next WCh match did not take place till 2000 under the aegis of an organistaion called Braingames. Surprisingly Kasparov, who totally dominated tournament chess during these years, lost to Vladimir Kramnik. In the years which followed Kasparov made efforts to obtain a return match or a new match against his compatriot, but without success. This circumstance, amongst others, led to the retiral of Kasparov from active competitive chess in 2005.
Kasparov won most of the competitions in which he took part. The number of tournaments in which he did not achieve at least second place is tiny. With his series of victories in 1999 he built up a lead of 80 points in the Elo list; the rating of  2851 which he achieved has so far never been equalled, despite Elo inflation. Kasparov also set the standard as an author of chess books, with the greatest attention being earned by his series on the world chess champions "My Great Predecessors". 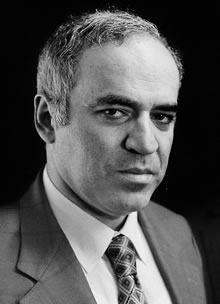 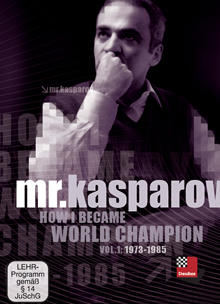 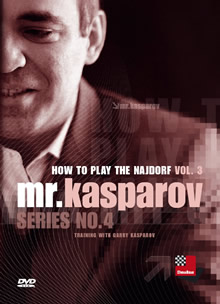 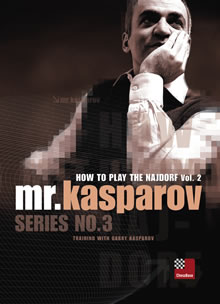 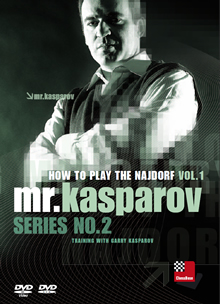 How to play the Najdorf Vol. 1
A great moment when the world‘s leading expert shares all the secrets in his favourite opening.
by Garry Kasparov
€29.99 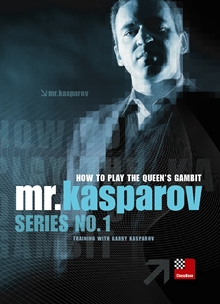