Helmut Pfleger, born in 1943, became one of the strongest of German players despite completing his medical studies and his doctorate. Pfleger first drew attention to himself at the World Youth Championship in 1961 where he achieved 5th place.. One of the greatest of all his successes also came during his early years as a chess player: at the chess Olympiad of 1964 the Federal Republic of Germany won the bronze medal and the greatest of all contributions to that victory were Pfleger's 12.5 points out of 15. His activities in internal medicine and as a psychotherapist left him but little time for tournaments and so the native of Bamberg did not become a grandmaster until 1975.
Pfleger became known far beyond the narrow chess scene with his chess programmes on German television (from 1977 to 2005). And the grandmaster was also known to a vast number of readers with his chess columns in major German newspapers (including Die Zeit and Welt am Sonntag). Pfleger has always placed great value on producing entertaining and readily comprehensible articles. 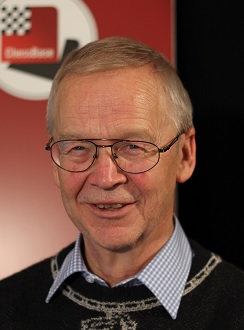