WGM Qiyu Zhou, born in 2000, is a Canadian chess player who has competed for team Canada at the Women’s Chess Olympiad since 2014 and who won the Canadian women’s championship in 2016. 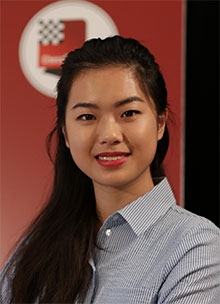 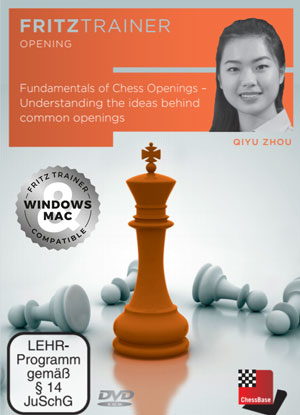 Fundamentals of Chess Openings
Starting out in chess is difficult, and this DVD aims to reduce that stress. Designed for beginner levels in openings, a brief introduction to the reasons we play some of the most common moves in popular openings like the Spanish and Sicilian is given.
by Qiyu Zhou
€29.90 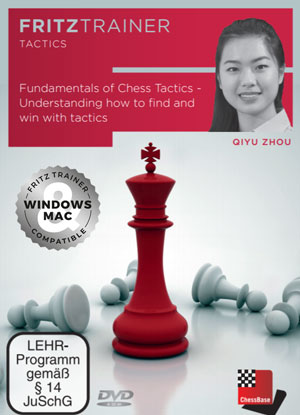 Fundamentals of Chess Tactics
What’s the easiest way to win a chess game? We all know finding a good tactic in a game can let you win a point immediately. Therefore, Fundamentals of Tactics is an excellent choice for you if you wish to learn how to start finding tactics in your games!
by Qiyu Zhou
€29.90