Compared to the advice often given to beginners “develop the knights before the bishops” the Four Knights Game must actually look like the ideal opening. It was also very popular at the start of the 20th century, but then it lost many of its adherents on account of Rubinstein’s gambit continuation 4.Bb5 Nd4. Interest in it was not re-awakened until the 1990s when the English grandmasters John Nunn and Nigel Short took up the opening. 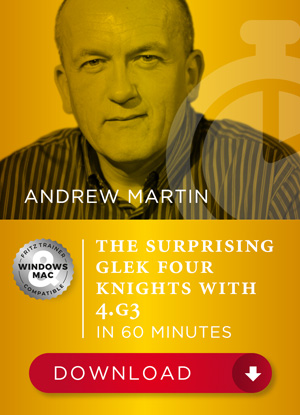 The surprising Glek 4 Knights with 4.g3 in 60 Minutes
On this 60 minutes video, we will cover a surprise weapon known as the 'Glek' Four Knights with 4.g3, named after inventor, Grandmaster Igor Glek. This is an excellent anti-Petroff device, perfectly sound and can come as a shock to the unprepared.
by IM Andrew Martin
€9.90 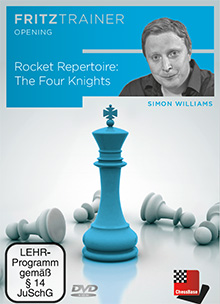 Rocket Repertoire: The Four Knights
Like a fine wine, the Four Knights only improves with age, establishing itself as an extremely effective way of meeting 1...e5. On the outside this opening seems deceptively quiet, yet apparently natural moves can often lead to some devastating attacks.
by Simon Williams
€29.90 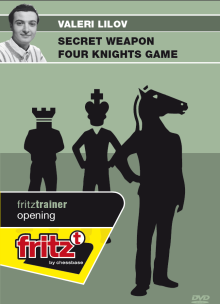 Secret weapon four knights game
Simple, but deadly. It may not look like it, but the Four Knights packs a punch – and games are often marked by Black underestimating the potential held by White’s play. FM Lilov shows you just how powerful and flexible this opening can be.
by Valeri Lilov
€27.90 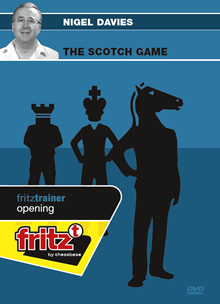