The move 2.Bg5 was named after the Brazilian player Octavio Trompowsky (1897–1984), who employed it in the 1930s and the 1940s. The move led only a shadowy existence right up to the 1980s, but then some free-thinking English grandmasters, above all Julian Hodgson, took it up and demonstrated the vitality of this system, which has since that point become firmly established. 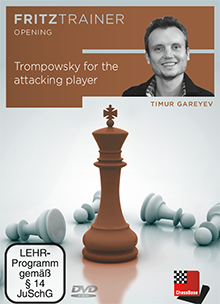 Trompowsky for the attacking player
Tap into your creative mind and start the game on a fresh note. The Trompowsky (1.d4 Nf6 2.Bg5) is an opening outside of conventional wisdom. Create challenges and make your opponent solve problems early on.
by Timur Gareyev
€29.90 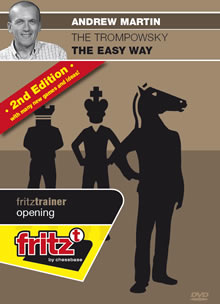