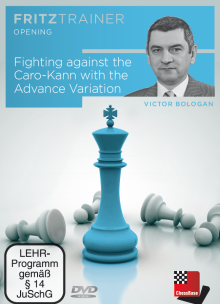 The Caro-Kann Defence is named after the English chess master Horatio Caro (1862–1920) who lived in Berlin and the Austrian player Marcus Kann (1820–1886). However, the move 1...c6 was not particularly popular until the 1920s, when both Jose Raul Capablanca and Aaron Nimzowitsch took up the opening. When, in 1960/61, Botvinnik was looking for a reliable defence for his WCh matches against the feared sacrificial attacks of Mihail Tal, he chose the Caro-Kann. Tigran Petrosian and Anatoly Karpov were two other world champions who adopted 1...c6 in their repertoires.