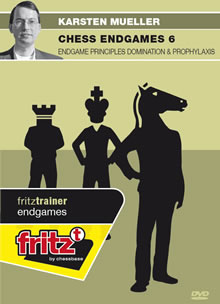 Youtube comment: "Karsten Mueller is just an﻿ awesome human chess machine with Arnold Schwarzenegger's accent. If you wanna learn by the terminator's voice how to play chess, you are set. If it's still not clear: This is the best endgame course ever." 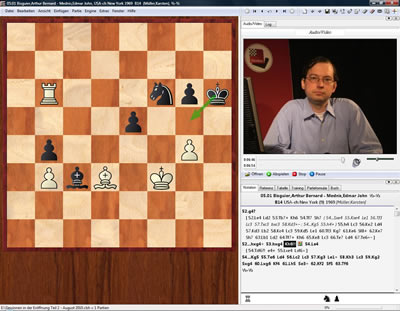 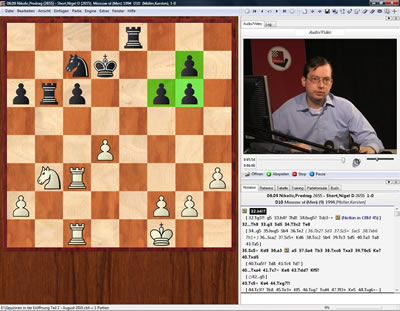 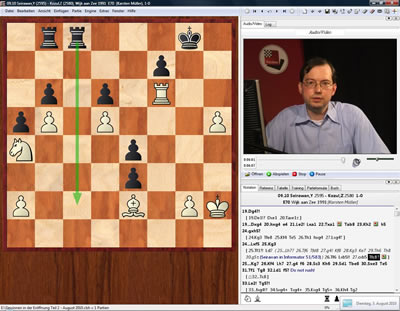 Chess Endgames 14 - The golden guidelines of endgame play
Rules of thumb are the key to everything when you are having to set the correct course in a complex endgame. In this final DVD of his series on the endgame, our endgame specialist introduces you to the most important of these rules of thumb.
€29.90

Chess Endgames 12 - Rook vs Knight
What is the best way to use your pieces to their full potential in the endgame? GM Karsten Müller demonstrates “knight geometry”, and teaches you how to employ the “knight check shadow” in your own games!
€29.90

Castled long – attacking the king
The best target for an attack is undoubtedly the enemy king – especially if its position is weakened or still in the centre.
€27.90

How to attack - principles of training
Most players prefer to attack rather than defend. But what is the correct way to do it? GM Dr Karsten Müller has compiled many rules and motifs to guide you, along with sharpening your intuition for the exceptions.
€29.90

The 4 Player Types standard model - Find your strengths and weaknesses and those of your opponent
Playing styles in chess are an important and thus often discussed topic. GM Dr. Karsten Müller and GM Luis Engel take up a model by GM Lars Bo Hansen based on 4 player types - namely ‘activists’, ‘pragmatics’, ‘theoreticians’ and so-called ‘reflectors’.
€29.90

Master Class Vol.8 - Magnus Carlsen - Update
Let our authors show you how Carlsen tailored his openings to be able to outplay his opponents strategically in the middlegame or to obtain an enduring advantage into the endgame.
€19.90

Master Class Vol.8 - Magnus Carlsen 2nd Edition
Let our authors show you how Carlsen tailored his openings to be able to outplay his opponents strategically in the middlegame or to obtain an enduring advantage into the endgame.
€29.90