During his career, Vlastimil Hort, who himself belongs to the same generation as Bobby Fischer, met no less than eight world champions over the board. In the early 60s he crossed swords with Mihail Tal, and at the end of the eighties he was sitting over the board from Garry Kasparov. Between the two there were meetings with chess legends Botvinnik, Petrosian, Smyslov, Spassky, Fischer and Karpov.
On this DVD the Czech-German grandmaster looks back to these encounters and devotes a chapter to each of the world champions, Thus we have eye-witness accounts which form a personal gallery of chess world champions, during which we get not only a presentation of the games but also details and stories of things which happened off the board and in the wings, as it were. So, for example, Hort tells us about his phone call from Botvinnik, about Bobby Fischer‘s „frenemy“ and describes the shadowy figure of the political minder...

Vlastimil Hort was born in Prague in 1944 and won the grandmaster title in 1965. Among his great successes are the qualification for the WCh Candidates’ tournament of 1977 in which he reached the quarter finals in Reykjavik, only just going down to ex world champion Boris Spassky. Hort won the Czech championships on several occasions, and after taking German nationality in 1986 he was also German champion on several occasions. For over 30 years he took part in many chess Olympiads for both of these countries, starting with 1960 in Leipzig, and finishing in 1992 in Manila. Vlastimil Hort is best known to the German public for his appearances with Helmut Pfleger as a team of commentators in TV programs.
Running time: 4 hours 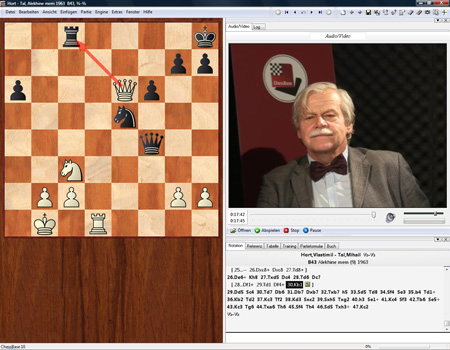 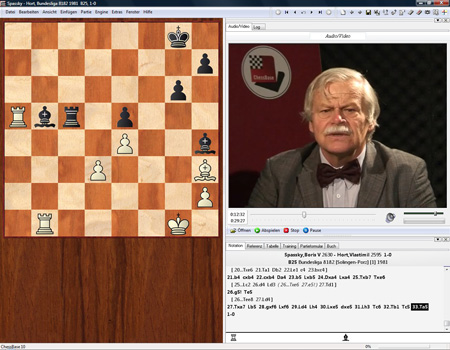 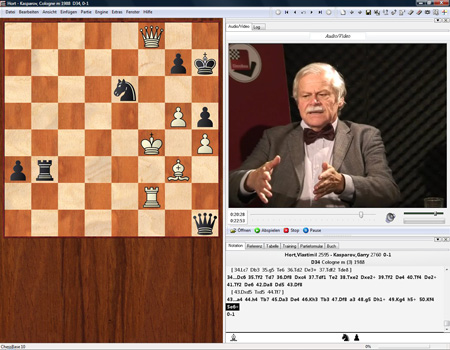