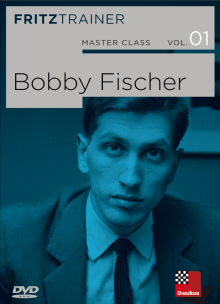 Master Class Vol.3: Alexander Alekhine
On this DVD GMs Rogozenco, Marin, Müller, and IM Reeh present outstanding games, stunning combinations and exemplary endgames by Alekhine. And they invite you to improve your knowledge with the help of video lectures, annotated games and interactive tests
€29.90

Master Class Vol.9: Paul Morphy
Learn about one of the greatest geniuses in the history of chess! Paul Morphy’s career (1837-1884) lasted only a few years and yet he managed to defeat the best chess players of his time.
€29.90

Master Class Vol.8: Magnus Carlsen
Scarcely any world champion has managed to captivate chess lovers to the extent Carlsen has. The enormously talented Norwegian hasn't been systematically trained within the structures of a major chess-playing nation such as Russia, the Ukraine or China.
€29.90