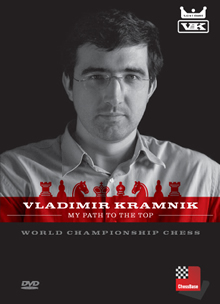 My Path to the Top

Born in 1975 in Tuapse on the shores of the Black Sea, Vladimir Kramnik studied at the Botvinnik-Kasparov chess school. At 16 he was included in the Russian Olympiad team and scored a sensational 8.5/9, the best result at the Olympiad. After that followed a string of great tournament results, culminating in a world championship challenge. In 2000 Kramnik played the chess legend Garry Kasparov and beat him to take the title, which he successfully defended in 2004 against Peter Leko and 2006 against FIDE champion Veselin Topalov, whom he defeated to take the unified world championship title.

On this DVD Vladimir Kramnik retraces his career from talented schoolboy to World Champion in 2006. With humour and charm he describes his first successes, what it meant to be part of the Russian Gold Medal team at the Olympiad, and how he undertook the Herculean task of beating his former mentor and teacher Garry Kasparov. Kramnik dissects his wins against Leko and Topalov, giving us a vivid impression of the super-dramatic final games of the 2006 match. His commentary is full of useful advice and provides a fascinating insight into the thought processes that govern top level play.

The DVD contains more than six hours of video with narrative and game analysis. There are also five additional segments from an exclusive video interview on the intrigues that surrounded the 2006 world championship, and on the state of the chess world in general.

This ChessBase DVD was produced in 2007, when Vladimir Kramnik was still world champion. On it he describes the nirvana of attending the Botvinnik School, of being nominated for the Olympiad in 1992 by Garry Kasparov, how he went on to dethrone his mentor. Apart from narrative and analysis the DVD also includes previous interviews with ChessBase. 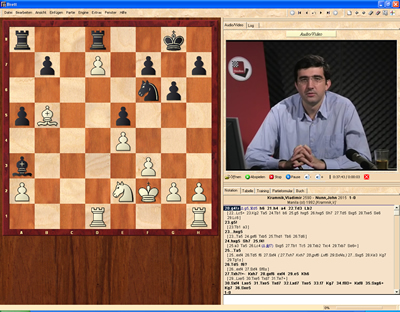 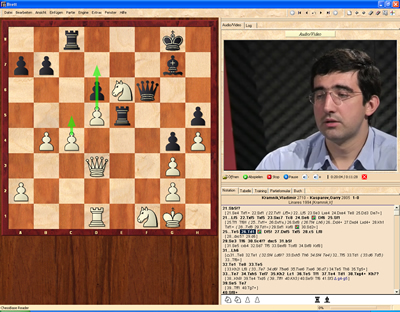 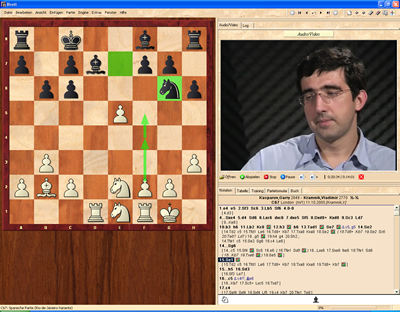 Master Class Vol.11: Vladimir Kramnik
This DVD allows you to learn from the example of one of the best players in the history of chess and from the explanations of the authors (Pelletier, Marin, Müller and Reeh) how to successfully organise your games strategically, consequently how to keep y
€29.90

My Career Vol. 1
The first DVD with videos from Anand's chess career reflects the very beginning of that career and goes as far as 1999.
€32.90

The Sveshnikov Variation of the Sicilian
€29.99

My Life for Chess Vol. 1
Victor Kortchnoi, two-times contender for the world championship, is a piece of living chess history.
€24.99