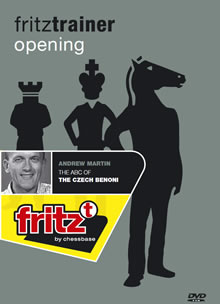 The ABC of the Czech Benoni

The Czech Benoni has never quite made it to the top of the charts as a reply to 1 d4. Perhaps it‘s the very nature of blocked central positions which put people off. Thus after 1. d4 Sf6 2. c4 c5 3. d5 e5 the first impression is that the Black position could become rather passive and it‘s not difficult to find excellent games by White where he stifles all the life out of Black‘s game. Repertoire books are similarly pessimistic about Black‘s chances. But it seems to me that the best Black wins have been forgotten and I‘m in good company here, with players of the calibre of Nisipeanu, Ivan Sokolov, Milidanovic taking a fresh look at the opening and using the Czech Benoni with success in recent games. Thus by playing 3...e5, you angle the game into a path of YOUR choosing, which is very much the modern style and very diffi cult to do with Black. We are going to see some fascinating chess here and by the end of the DVD I hope to have convinced you that the Czech Benoni is well-worth playing. Video playing time: 4 h. 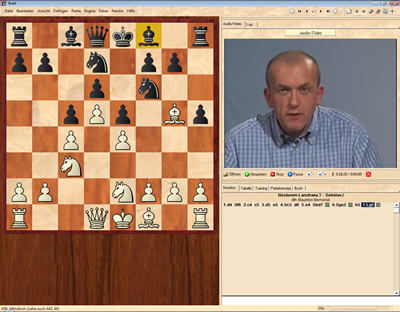 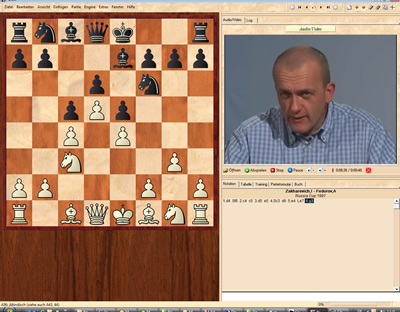 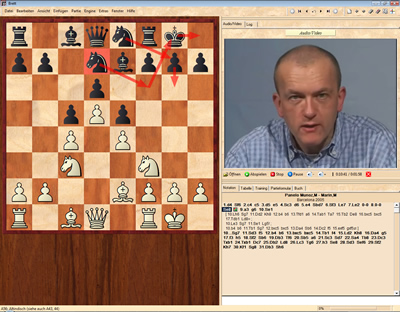 Opening Repertoire for the Positional Player
€27.90

The surprising Glek 4 Knights with 4.g3 in 60 Minutes
On this 60 minutes video, we will cover a surprise weapon known as the 'Glek' Four Knights with 4.g3, named after inventor, Grandmaster Igor Glek. This is an excellent anti-Petroff device, perfectly sound and can come as a shock to the unprepared.
€9.90

A dangerous weapon against the Caro-Kann in 60 Minutes
We refer to the line that begins 1 e4 c6 2 Nf3 d5 3 exd5 cxd5 4 Ne5!? There are various ideas associated with this move; tricks on c6 and f7, the reinforcement of the knight with f2-f4 leading to White kingside pressure, the annexation of the two bishops.
€9.90

The Grünfeld Formula
Naturally, a universal approach using ...Nf6, ...g7-g6 and ...d7-d5 as the base would be very useful for players of all classes, saving time and energy and promising a fluid, dynamic position.
€29.90
top of page
Home page
New Products
Authors
Openings