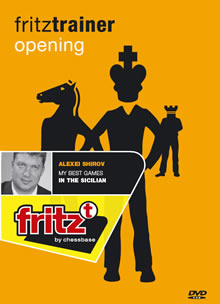 A Repertoire against the Sicilian
Avoid long theoretical battles by playing 3.Bb5 or 3.b3/3.g3 against the sicilian. Lorin D’Costa and Nick Murphy show you, how you play for an advantage in these systems and how to punish knowledge gaps of your opponent.
27,90 €