White very often avoids the pinning of his queen’s knight by first developing his king’s knight after 2...e6 with 3.Nf3. After that the move 3...b6 leads to the starting position for the Queen’s Indian, which has received its name because of the fianchetto of the bishop on the queenside. The Bb7 and the ¤f6 together intend to control the central squares d5 and e4, and how the c- and d-pawns will be deployed in the centre remains open. 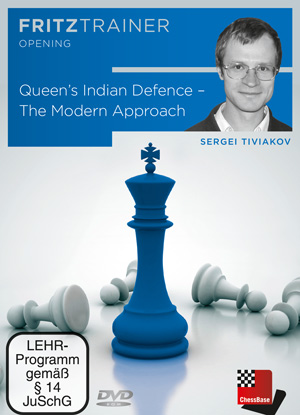 Queen's Indian Defence - The Modern Approach
On his new DVD, Sergei Tiviakov presents a complete repertoire for Black with the Queen’s Indian Defence. The grandmaster explains everything one needs to know after 1.d4 Nf6 2.c4 e6 3.Nf3 b6, more profoundly, extensively and thoroughly than ever before -
by Sergei Tiviakov
€29.90 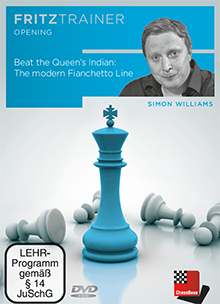 Beat the Queen's Indian: The modern Fianchetto Line
This DVD is packed full of new, exciting and novel ideas; based on a repertoire starting with the moves 1 d4 Nf6 2 c4 e6 3 Nf3 with g3! to follow.
by Simon Williams
€29.90 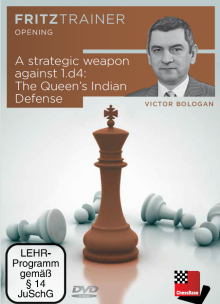 A strategic weapon against 1.d4: The Queen's Indian Defense
The Queen’s Indian Defense is one of the most solid and rich openings against 1.d4. Together with the Nimzo-Indian and the Catalan it forms the so called “Classical Setup”, which any player should know.
by Victor Bologan
€29.90 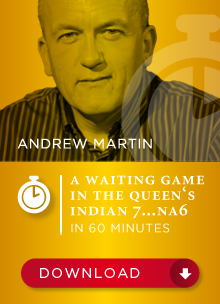 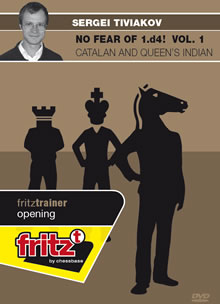 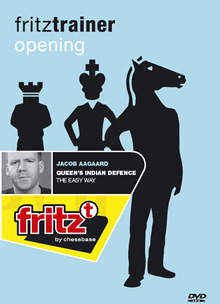